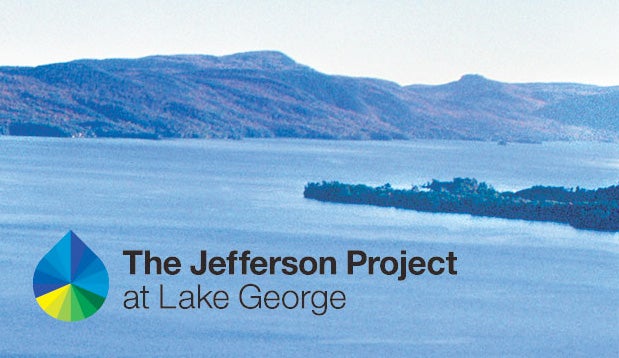 The Jefferson Project at Lake George—a collaboration between Rensselaer Polytechnic Institute, IBM Research, and The FUND for Lake George—is an unprecedented technological approach to studying fresh water so we can understand impacts of human activities and how to mitigate those effects. The Jefferson Project combines Internet-of-Things technology and powerful analytics with lake and atmospheric science to create a new model for environmental monitoring and prediction. We collect and analyze data from a network of sensors that track water quality and movement. We also conduct cutting-edge experiments to examine the separate and combined effects of different human impacts. Scientific insights and technology created for the project are helping to manage and protect the Queen of American Lakes, while also creating a blueprint to preserve important lakes, rivers, and other water bodies around the globe.

Freshwater ecosystems are especially vulnerable to invasive species, which affect ecosystems and overall water quality. Many aquatic invasives are spread by boats moving between lakes. Thus, boat inspection and washing stations are an effective approach to remove invasives from boats before they enter a lake. At boat-washing stations across NYS, boats are subject to a surveys and inspections. Using these data, we developed a machine-learning model to predict invasives on arriving boats. We can correctly identify 96.5% of invasive arrivals. Identifying high-risk boats coupled with cleaning protocols will improve the effectiveness of detecting and mitigating new invasive introductions. 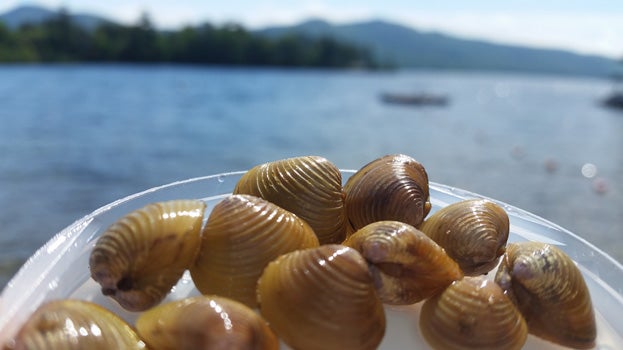 Asian clams are an invasive species that can disrupt lake ecosystems by altering nutrients and impacting native organisms. DFWI researchers first identified Asian clams in Lake George in 2010 and they are current studying clam reproduction and growth. To examine reproduction, clams are collected from three locations each week from (May-December). The clams are dissected and examined for juveniles. At these same locations, clam growth is examined by collecting ~200 clams and determining their length and width. This study will provide insight into the population dynamics of Asian clams, which will ultimately inform management techniques for controlling them.

Climate Warming, Insect Collapse and the Future of Tropical Forests

Research I conducted in Puerto Rico’s Luquillo Rainforest uncovered a major collapse of insect populations between 1976 and 2012, with total biomass caught in sticky traps and sweep nets declining by 65% to 98% (Lister and Garcia, 2018). Long-term data for forest insectivores indicated they declined in parallel with their insect prey in a classic bottom-up trophic cascade. At mid-elevations, mean annual temperature increased by 2°C since the 1970s. Our analyses implicated climate warming and rainfall as major drivers of insect decline. To determine if these trends are occurring in other tropical locations, I received a grant to repeat our Puerto Rico study in a tropical dry forest within the Chamela-Cuixmala Biosphere Reserve in western Mexico.

Environmental monitoring is a rapid area of growth that is relying on new engineering solutions for automated data collection. The Center for Automation Technology and Systems is collaborating with the Jefferson Project to design and build new generations of sensor platforms, including vertical profilers and new, low-cost harmful algal bloom sensors. These sensors, combined with a new generation of algorithms, allow real-time data collection with a greater number of integrated sensors and adaptive sampling to collect more and higher quality data from freshwater ecosystems.

Disease ecology:  Exploring the influence of pesticides on host-parasite interactions

Anthropogenic activities can dramatically alter natural systems, including placing selection pressures on entire species assemblages. There have been repeated calls to address how anthropogenic environments and evolutionary responses jointly influence hosts and parasites. Our goal is to explore how evolved responses to pesticides across an environmental landscape affect the disease ecology of hosts and parasites using a system of amphibians, snails, and aquatic parasites. This work takes a broad, integrative approach to how evolutionary responses to novel, anthropogenic environments alter ecological interactions in communities, including the important interplay of ecological and evolutionary processes in the field of disease ecology.

Road salt applications have dramatically increased over the past 70 years, but only recently have researchers begun to understand the ecological impacts of road salt pollution in fresh water. Our work has demonstrated effects on a diversity of aquatic species across a range of concentrations and documented trophic cascades through food webs. We have discovered salt-induced sex changes in amphibians. We have also compared the effects of common road salt (NaCl) to alternative salt and various organic additives. We have also demonstrated experimental evolution of salt tolerance with a variety of individuals and food-web consequences. Finally, we have written several review papers on road salt pollution.

Invasive species are a major challenge to aquatic ecosystems, yet we often lack assessments of their impacts and the conditions that facilitate their invasion. We are working with several species of invaders including Asian clams, zebra mussels, and banded mystery snails to understand how these species impact food webs and how they compete with native lake species. Moreover, we have examined their performance under a range of ecological conditions including different nutrient concentrations, salt concentrations, calcium concentrations, turbidity, pesticides, and climate change. Finally, we have used niche modeling to predict the habitat use of invaders and how they exclude native species.

Humans, like many organisms, are able to correctly perceive the time of day without knowing the position of the sun. This perception of time is created by circadian rhythms, which allow an organism to organize their physiology and behavior such that appropriate activities occur at biologically advantageous times. The disruption of these circadian rhythms leads to a reduction in longevity, reproductive fitness, and contributes to disease pathogenesis. The goals of the Hurley lab are to understand how molecularly an organism keeps time and how the disruption of our circadian rhythms affects our biology using state-of-the-art molecular, biochemical, and computational techniques. 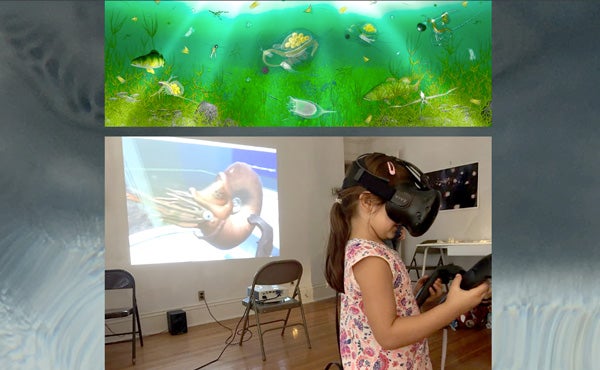 Art, games, and ecological science come together in the work of Eco-Resilience Games. Our trans-disciplinary group of artists, computer scientists, game designers, writers, and music composers work with scientists and engineers who are passionate about the environment and educating future generations. We create virtual worlds that inspire us to preserve our actual one. We enable people to see, hear, and touch freshwater organisms in new ways to understand their vital importance. We use advanced game technology to introduce people to new worlds, new perspectives, and new systems to help understand the vital need to work together globally for a sustainable, eco-resilient future.

Marine ecosystems are complex and variable networks of interacting organisms that support roughly half of global productivity and play important roles in sustaining global processes, including regulation of climate. Mounting recognition points to the societal value of not just timely information about the status and change of marine ecosystems but how well we can model and predict them. Despite recognition as system-level science, the way specialists and non-specialists think about ecosystems must move from reducing the problem spaces into specialized and finer partitions to a significantly more integrative and predictive one. This research effort brings together computational and information scientists, oceanographers and microbiologists to develop a Marine Biodiversity Virtual Laboratory (MBVL).

Understanding Mercury In Our Environment

Mercury became a global environmental pollutant with the rise of industrialization. Mercury emitted to the atmosphere is able to reach every part of the planet because it can remain airborne for more than a year. However, mercury does not become a potent neurotoxin until it is methylated by bacteria in low oxygen aquatic environments. Once methylated, mercury bioaccumulates within an organism and biomagnifies through the food web and can reach dangerous levels in fish that threaten human and wildlife health. To better understand how the structure and function of aquatic and terrestrial ecosystems alter mercury bioavailability and ultimately mercury burden, we utilize the Lake George watershed and waterbodies throughout the Northeast to ask relevant research questions aimed to better understand how mercury dynamics will change under future climate and mercury emission scenarios.

Red LiDAR data (acquired by IBM) for high resolution topography is being used to characterize the forest surrounding Lake George to quantify the species composition of the forest canopy. Forest canopy images plus tree height, crown size and shape statistics have been produced for calibration with site visits. Satellite and aerial photography are being used to locate and investigate changes in the forest cover. Where near shore green LiDAR overlaps with red LiDAR coverage, the combination of the two is being used to investigate vegetation type.