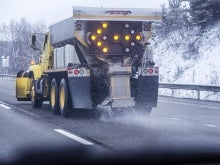 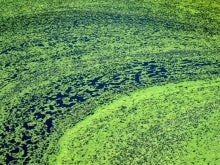 A grant from the National Science Foundation will allow Shayla Sawyer, a professor in the Department of Electrical, Computer, and Systems Engineering at Rensselaer Polytechnic Institute, and Rick Relyea, a professor of biological sciences at Rensselaer, to better understand the growing problem of harmful algal blooms (HABs). 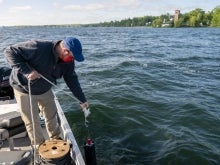 The Jefferson Project at Lake George — a groundbreaking collaboration between IBM Research, Rensselaer Polytechnic Institute, and The FUND for Lake George — is expanding its statewide leadership role in the study of harmful algal blooms and other water-quality threats this summer with a new $1 million research project on Chautauqua Lake in Chautauqua County, made possible through funding from Chautauqua Institution and a county coalition.

Are Lakes Emitting More Carbon Dioxide in a Warming World? 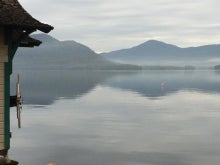 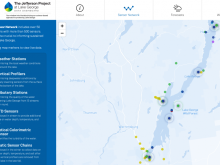 The Jefferson Project at Lake George is making real-time water quality and weather data from its unprecedented scientific monitoring and research program available directly to the public through a new digital Data Dashboard at jeffersonproject.live. 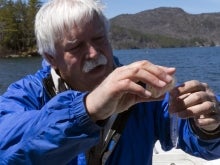 Although concentrations of chemicals and pollutants like salt and nutrients have increased in the deep waters of Lake George, they’re still too low to harm the ecosystem at those depths, according to an analysis of nearly 40 years of data published today in Limnology and Oceanography. 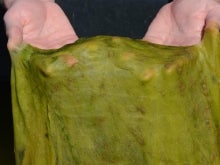 The Jefferson Project at Lake George is looking for shoreline dock owners interested in participating in a new summer assessment of shoreline algae. 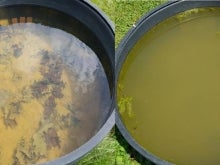 Small animals at the base of the freshwater food chain can rapidly adapt to salt pollution – from sources like winter road deicing, agriculture, and mining – but at a price. 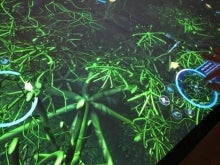 In an installation at the ECHO, Leahy Center for Lake Champlain, The World of Plankton allows up to four players to gather around a giant digital touch table to capture and explore zooplankton, phytoplankton, and fish species. 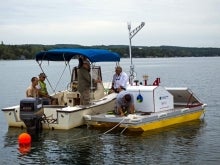 Lake George, N.Y. – The world’s most advanced environmental monitoring system – developed through The Jefferson Project at Lake George – is being used to understand and protect Skaneateles Lake, a central New York drinking water source now threatened by toxic algae. Building on a connection through the New York State Harmful Algal Bloom (HABs) Initiative launched in late 2017, the Jefferson Project installed a custom-designed robotic sensing platform on Skaneateles, and began collecting data just prior to an early-August HABs event this year.